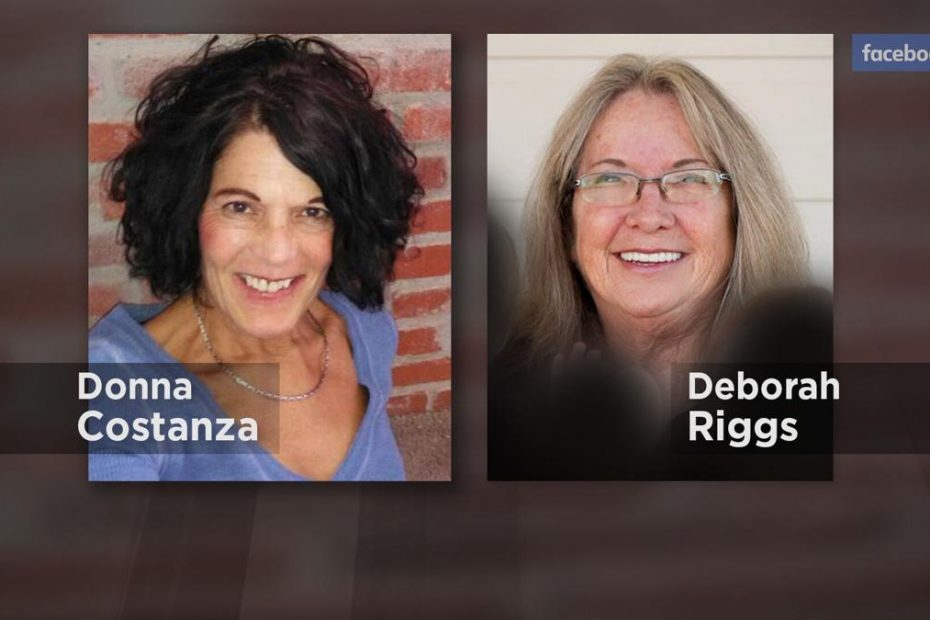 KANSAS CITY, MO (KCTV) — There is new information in a construction site fire which ultimately killed 6 Kansas City Firefighters back in 1988.

Two security guards who worked at the construction site are named in a 2011 DOJ report.

The government document previously blacked out names, paragraphs, and even full pages from public view.

“During its review, the review team identified several newly-developed pieces of information that were not previously known to the prosecution. Significantly, this newly-developed information suggests that Deborah Riggs and [Donna] Costanza may have been involved in the arsons in addition to –and not to the exclusion of—the defendants.”

In response to news reports Tuesday regarding information related to the Kansas City firefighters’ case, the Jackson County Prosecutor’s Office is issuing this statement:

“Our office was asked to review this new evidence for possible charges against two additional suspects. We believe a review is warranted given that no statute of limitations exists for murder. “

A new court decision forced the less redacted version to be released.

The case was handled by attorneys at Shook, Hardy & Bacon, Stephanie Sankar and Megan Egli.

“At the end of the day the government wanted everyone to take it on faith that their conclusions were supported,” said Egli. “For the citizenry to know what its public officials and what the government is doing is so important for our government, for our democracy, for our way of life.”

Reaction from those connected to the case was immediate.

“I hope that this will give us and the city and opportunity to really know what happened. And I hope that this can bring some relief to the victims to the families of the firefighters,” Cyndy Short said.

Short is an attorney who represents defendant Bryan Sheppard, who previously served federal prison time in this case.

Kansas City Firefighters were battling a construction fire at 71 Highway and 87 Street in the early morning hours in darkness. They had no idea trailers were packed with explosives, a mixture of ammonium nitrate and fuel oil. The trailers exploded instantly killing six firefighters.

The blast was so powerful it shattered windows at nearby homes, moved houses off foundations and left a crater in the ground.

The cause of fire was ruled “arson,” but the case remained a mystery for close to a decade. It was eventually featured on “Unsolved Mysteries” along with a $50,000 reward. Posters went up in jails asking for information.

It was a tough case with no physical evidence and no eyewitnesses.

Eventually, five self-described troublemakers from the nearby Marlborough neighborhood were indicted by a grand jury. Witnesses claimed some defendants bragged about the crime others showed remorse.

The prosecution theory of the case was the group wanted to steal tools and set a fire as a diversion.

The “Marlborough 5” always maintained their innocence and turned down plea deals. Those offered lie detector tests passed. Critics point out prosecution witnesses were offered deals and even cash for testimony.

Even though there were convictions, the case never really went away.

New theory in the case- the guards

Mike McGraw worked at the Kansas City Star. He was a Pulitzer Prize winning reporter who died in 2018.

Much of his reporting is backed in the newly released DOJ report. Download PDF

The new report contains interviews with FBI agents where people claim security guards had a strong motive in that fire; and Deborah Riggs asked people burn her truck for insurance money.

Another person claims Riggs confessed, “I did something bad” the morning of the explosion, the document says.

Other witnesses are quoted in the DOJ report saying Donna Costanza confessed to them or they overheard Constanza confess to others about the fire getting out of hand.

Both guards no longer live in Kansas City. It appears Donna Costanza lives in Brooklyn. Deborah Riggs lives in Texas. KCTV5 travelled to Texas trying to speak with Riggs back in 2018. She refused to speak with investigative reporter, Angie Ricono.

We contacted the US Attorney’s office to ask about the report. Here is the response:

As a result of the Justice Department’s impartial three-year-long investigation, and in the decade since its findings were reported, no credible information or evidence has arisen to warrant any charges against any additional defendants. Specifically, in response to questions related to two security guards, it is worth noting that the Justice Department report refers to newly developed information in this regard, but stops short of assigning guilt to any additional persons. These matters were fully considered at the time of the trial, the allegations against the security guards were thoroughly investigated, and it was determined that there was insufficient evidence to bring charges. That assessment remains true.

What does this mean?

Three people remain in federal prison for the fatal arson.

One defendant has been the previous focus of a KCTV5 investigation. Richard Brown passed a lie detector test and provided an alibi. Neighbors recall seeing him shirtless and shoeless on his front porch following the second explosion, asking “What the hell just happened?”

The less-redacted report confirms that as neighbors once again told investigators it appears Brown had just rolled out of bed. Brown told KCTV5 he was drunk that night and stumbled to the water heater trying to figure out what was exploding. He eventually made his way outside and spoke with neighbors.

Darlene Edwards remains in prison too. She is the only female convicted in the fatal fire. She recently asked for compassionate release due to COVID. Her request was denied. She was the girlfriend of Frank Sheppard.

Bryan Sheppard was released from prison in 2017 following a legal ruling concerning sentencing guidelines for teenagers. Sheppard was 17 at the time of the explosion.

“The main goal is to uncover more information to try to get to the truth,” said Bryan Sheppard. He hopes the information will help the three still in prison be released.

“They deserve to be out here just like I am.” Said Sheppard.

Just last week, a federal judge awarded more than $344,000 in legal fees to Shook, Hardy & Bacon. Egli told us that the money will be donated to a number of charities.